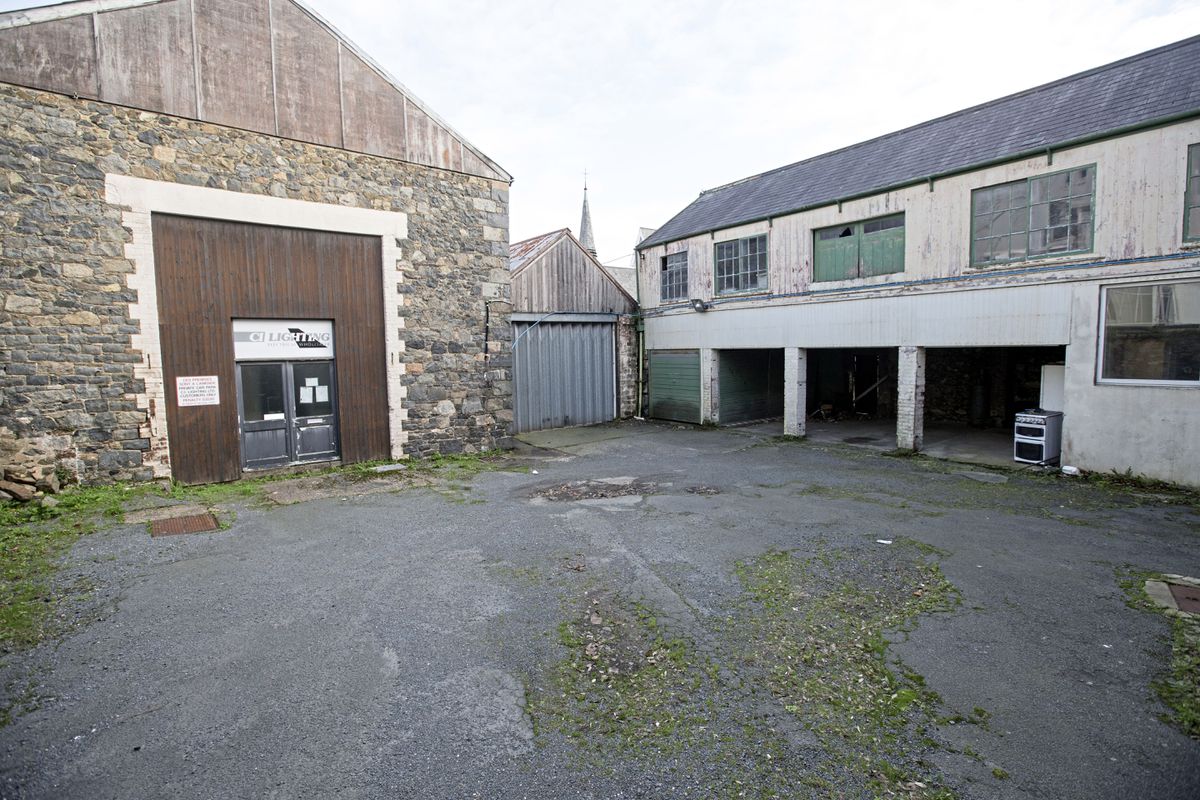 Its complete! Doyle Mews has been brought back to life collaboratively with RW Martel. Readapting and reusing materials the old historic site previously home to CI lighting has been transformed into a thoughtful residential development.

The new local market development that has been six years in the making, sits at 1 Doyle Road in the heart of St Peter Port.  Housing nine units which are split across three distinct buildings, each steeped with their own story in Guernsey’s history.

The old hub of CI Lighting, this building was originally an old seed and grain store occupied during World War II.

Fast forward to 2021 and it is now the largest location on Doyles Mews hosting four three-bedroomed units, each with its own private terrace benefitting from a south facing orientation.

While The Warehouse was demolished during the development, extra care was taken to reuse the original granite and reinstate original features to maintain the historic look and feel of this interesting property.

This used to form part of the island’s stately homes, which later became occupied during World War II.

Now completely transformed, this unit is home to three unique properties that sit adjacent to Doyle Road and the newly landscaped gardens. This holds the largest of the homes built, a beautiful 4- bedroom residence with features such as stunning vaulted ceilings.

Last of all named after its previous life, this building used to be home to The Imperial (R.T) Snooker and Billiards Club before it was occupied during World War II and turned into an ammunition store. It then went on to be used as an agricultural, and eventually commercial storage unit.

Given a new lease of life, The Snooker Hall now houses two, two-bedroom residences, where the theme of reusing the granite continues to give the site continuity and flow.

We are proud to be part of a development like this, as designers we believe in attention to detail, to design and produce innovative, practical solutions to any size project and this was no exception. From the luxurious high-end finishes and materials used, bicycle storage, car ports and beautifully landscaped communal gardens…complete with a barbeque area for those hot summer’s nights!

We love that the homes on this site will continue to make their mark in Guernsey’s history through their owners and families who will inhabit these spaces in years to come. A well-known family to the site Roy Rogers- the original owner of CI lighting and his Son are now also the proud owners of the newly design ‘Snooker Hall’ unit’s 8&9. Keeping the motto of Guernsey alive and the joy and sense of community thriving within these developments, that is exactly why we do what we do!